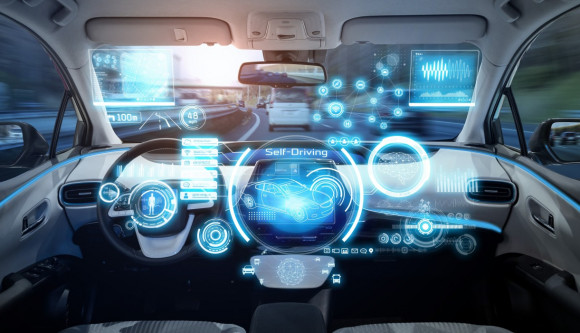 I guess the automotive industry is thinking about Tesla more than ever given the news last week that its share cap passed that of GM and Ford added together. There are even commentators saying that it could be eventually worth double the combined value of GM and Ford. Why is this? It’s certainly not based on the number of cars they’re selling right now. Rather, it’s due to the perception that Tesla is a tech company while the other OEMs make cars in factories out of metal and plastics. I’m now going to explain why it’s my belief that Tesla’s greatest impact will not be on the environment but rather on how other OEMs make cars and ultimately become recognized as tech companies too.

I can understand the OEMs might be rather miffed at the misperception that Tesla is a tech company. For clarity – they are not. When a saloon car can have more lines of code than a fighter jet, I’m sure every OEM CEO thinks he’s heading a tech company. So, what’s an OEM to do?

In the area we work in – In-Vehicle Infotainment (IVI) – there’s a great deal of understanding that IVI will be critical to brand and model differentiation when the powertrain no longer has this role. The OEMs are working with ACCESS and other companies to deliver truly awesome next-generation IVI experiences that are better or at least the equal of the Tesla in-car entertainment experience.

How are they doing this? Well, some companies believe an off-the-shelf solution can provide the IVI experiences that matter. Other vendors believe that if IVI is going to be a critical differentiator – I’d argue on the evidence of car reviews alone that it is already – then they should have their destiny in their own hands. One example is how Mercedes Benz has built and continues to develop its MBUX (Mercedes-Benz User Experience) infotainment system.

The Verge recently reported that the 2021 S-Class luxury Sedan will see MBUX controlled via voice and a large 12.8-inch portrait OLED touchscreen with haptic feedback. By building this system itself, Mercedes-Benz ensures that it has control over the capabilities of the in-car entertainment system.

Volkswagen Audio Group has launched a group within VAG with the goal of producing 60 % of all software in future VAG vehicles. The ‘Car.Software’ division will employ thousands and has a multi-billion dollar budget to profit from the future in which the car is fast becoming a software product. As Herbert Diess, former Volkswagen CEO and current Chairman of the Management Board of Volkswagen Group, stated at last year’s Volkswagen annual press conference: “Software will account for 90 percent of future innovations in the car.“

It’s my belief that these developments are the first signs that OEMs absolutely understand the importance of in-car entertainment and other automotive software systems. However well Tesla is doing in 10 years from now, I believe that its main impact will have been to show car OEMs how they can profit from the car becoming a software product/service, which in turn will lead to the OEMs gaining the benefits of being rated as tech companies.