Home » Automotive » When it comes to entertainment, the car is so much more than a giant phone 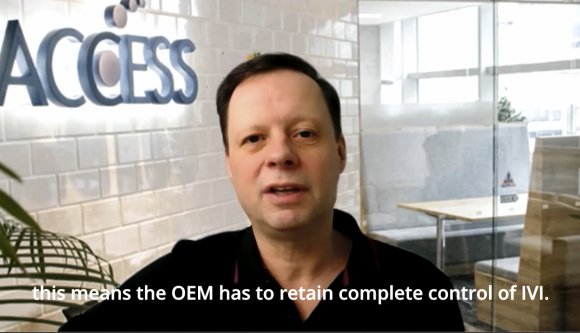 I recently noticed that some people would like to approach in-vehicle infotainment (IVI) as though the car is a scaled-up phone. I’d like to explain why the in-car experience should not mirror that of the phone and why this is good news for the OEM.

There are some critical differences between next-generation connected cars and mobile phones that change the way that entertainment is distributed, for instance:

More importantly, the car can have multiple simultaneous users and it’s paramount that the IVI system cannot impair car safety.

Because the IVI system has to work over multiple screens and speakers while providing numerous simultaneous experiences, car manufacturers need to retain control of the IVI infrastructure and UX. For the OEM, this is great news. Maintaining control means that unlike the mobile operators of 10-15 years ago, the car OEMs can generate significant revenues from new infotainment services. This control, also opens up the possibility of the OEM earning additional margins from the car’s connectivity rather than the car owner dealing directly with the mobile network owner.

An additional key benefit is that the OEMs can use the branded IVI experience to build more robust and personalized services tailored to the car owner, driver, and passengers. Looking at the number of column inches that car reviews now spend on the in-car entertainment system, it’s clear that IVI is incredibly important to the consumer. As ownership models change, existing revenues come under attack, and the move to electric powertrains flatten the differences between brands and models. It’s increasingly clear that controlling the IVI experience and data is critical to all OEMs that losing control is an existential threat to their future success.