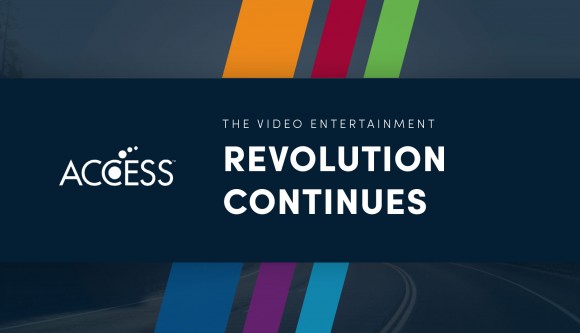 This is the sixth part of a series of blog posts we’re publishing over the next few weeks on the topic of “The In-Car Roadmap: A Definitive Guide to IVI.” Subscribe to our Automotive Newsletter to be notified when the next instalment of the series is available. A PDF version of this blog can be downloaded here.

The economic potential of video in vehicles should not be under-estimated. To provide perspective; at the end of 2019, Netflix, the largest single global SVOD, had 167 million subscribers worldwide (60 million based in the US) and revenues of around $20 billion. Estimates in recent years suggest that there could be as many as 2 billion cars on the road by 2025. Even if just one in five of these drivers subscribe to an RSE/SVOD package, the revenue would potentially eclipse even Netflix.

Although services such as Netflix are popular, there are regional and demographic differences that need to be considered. For example, the Disney+ service potentially has more content suitable for children in the backseat than a service such as ESPN, which provides live sports streaming to viewers of all ages.

In the multi-seating-row minivan / Sport Utility Vehicle (SUV) market offering, there is a huge potential for OEM brands to differentiate by delivering various content streams to any seat across the vehicle through an on-board media server, via 5G streaming or gaming apps. This presents the possibility for a new recurring revenue profit engine to emerge.

Across all these examples, the IVI offers that natural focal point for service delivery as well as future flexibility through software-based adaptation. This also offers a benefit for regional customisation with Over-the-air (OTA) IVI updates, providing access to local services without requiring a dealer visit.

As of 2018, there were approximately 1.5 billion active pay-TV or SVOD subscription worldwide, a figure which is expected to reach 1.87 billion by 2023. The global demand for content offers the potential for OEMs to include video content as standard for the underserved RSE audiences. This can range from free-to-air (FTA) channels such as news and sport, to ad-supported premium content that generates a small revenue stream – in effect carriage charges – for the OEM. In this model, a potentially more valuable offering is through in-vehicle video advertising – although this is a concept that has yet to be tested on the open market.

The wider SVOD market is fragmenting to support more operators, with leaders such as Netflix, joined by Amazon, Fox, Disney and HBO, plus an overlap from traditional pay-TV providers with mobile SVOD, such as Sky in Europe and Star in Asia. Added to the mix are premium sports brands like NBA, MLB and NFL that are increasingly looking at direct-to consumer SVOD as a way of bypassing traditional broadcasting structures.

Although great for consumer choice, these shifting sands mean that OEMs keen to deliver more RSE must prioritise flexibility and reliability as their top two criteria. Just like the smartphone market, every RSE-equipped vehicle must be able to effectively access every major SVOD service with little friction. In a similar way to progressive TV manufacturers such as Samsung and Sony, the RSE must have the capability to receive FTA channels. It must deliver access to built-in content portals, plus a range of SVOD apps ready for activation with just the addition of subscriber credentials (such as username and password).

OEMs need to insulate themselves for these types of competitive rivalries by ensuring the IVI and RSE systems are developed with independent technology vendors that do not have competing content businesses.
To meet this need, IVI must also be independent of the vested interests of the internet platforms dominated by the likes of Apple, Amazon and Google. These giants have traditionally made it difficult to access content from a perceived rival’s walled garden. For example, Netflix and Apple TV recently cited “technical issues” which prevent Netflix from working on recent versions of Apple Airplay and, in some instances Apple CarPlay.

With the assumption that access to multiple video service providers is needed, the IVI can provide additional value-added features. However, to overcome the need for continuous 4G/5G connectivity on the road, combined capabilities are required. They include pre-caching, to create pools of HD content using cellular connectivity while the vehicle is off-the-road; live video caching, for advanced controls such as pause and rewind; and unified search.

Signing content deals to provide services for all OEM markets is a real challenge. ACCESS has removed this heavy lifting by functioning as a one-stop shop for OEMs, acquiring content rights for TV, VOD, audio, games and apps for global usage. This is unique in the market and enables OEMS to focus on the service with a single point of contact for multiple markets. One of the more attractive approaches in the shorter-term is for OEMs to provide users with a substantial car-centric app store so that car users can use their existing subscriptions to access the third-party content services they love and cherish.

Live TV and SVOD services for cars are part of an untapped market that has many elements converging. If unlocked, this represents a major revenue opportunity for the automotive industry. Consider again the potential in respect to the Netflix story.

In 2008, the year after the SVOD leader launched its services, Netflix had an audience of under 10 million subscribers, all based in the US. By 2018, Netflix had accrued an estimated 55 million US subscribers – more than half the total number of pay TV subscriptions in the country (94 million).
Today, by our analysis, less than 1% of vehicles have video enabled RSE. However, the combination of reduction in cost, growing demand for minivans/SUVs, AV and increased ridesharing usage – as well as increasing 5G connectivity – suggests this figure will grow.

Until the arrival of mass market automated vehicles, the adoption of vehicle based SVOD is unlikely to match the staggering growth rate of Netflix. Near-term scenarios such as waiting 20 minutes in an EV at a high-speed charging stations will start to increase demand and use of RSE.

Automotive brands can learn from the pay-TV industry by adopting open standards and ensuring that technologies are fit-for-purpose. To do so, they need to lay the groundwork in preparation of the rise of video. If AV arrives faster than expected, OEMs without an RSE (or potential Front Seat Entertainment) option will be left out in the cold.

ACCESS Twine™ for Car (Twine4Car) comprises a content services layer that includes a pre-built catalogue of content that has been sourced from a wide range of national, regional and international content partners such as ViacomCBS. This broadcaster, studio and content provider network is growing continually. Management is enabled via cloud-based rights management capabilities that can allow OEMs to build optional, basic and premium packages that are adaptable and based on country of vehicle purchase.

This approach simplifies the content acquisition and service process for OEMs and provides a one-stop-shop for handling future rights management and content licensing agreements. Through an IP-based delivery method to head units and OEM Bring Your Own Device (BYOD) apps, OEMs can gain the benefit of an integrated and branded service, localised to the customer without the complexity of having to manage hundreds of separate content agreements and ongoing service and software maintenance challenges.

Content monetisation and service profitability are perfectly supported by Twine4Car to allow the creation of a unique and highly differentiated selling proposition that outperforms all non-integrated offerings.

Processing…
Success! You're on the list.
Whoops! There was an error and we couldn't process your subscription. Please reload the page and try again.